This larp is made by the NotOnlyLarp crew and Nina Teerilahti. It’s a Spanish-Finnish co-production created in the Nordic style. 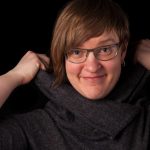 Nina is enthusiastic about larp as an art form and has been active in the international scene since 2014. She has co-arranged two international games in Finland and played in games all around Europe. All Nina’s art is very strongly story and emotion driven and larp is by far the strongest media to convey stories and emotions she has encountered. Best stories are shared and created together.

As a larp creator Nina is all about creating immersion and strong emotions. She aims at creating cathartic experiences for the players to dive into. The players make the game, always. As a larp designer Nina wants to create the players a good, supportive playground to create amazing experiences with. 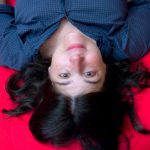 Espe is a 39 year old Spanish singer and activist that has a boring real life in sales in startups. In her past she has worked in indie cinema scene as director, screenwriter or first assistant director (that is why she usually is in charge of making tasks happen in the deadline).

She has written larps with social content in the context of “larptivism” about abusive relations, LGBT-phobia, feminism, HIV or different love models. She has been active in the international scene the last two years. Espe was Blue Flame´s coordinator and plot coordinator. Now she is working in Silver Lining and Conscience, a larp inspired in Westworld (coming soon).

Espe is now very interested in designing experiences based in emotions and conflict, but also in positive stories. 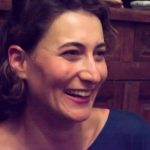 Marta is 30 year old Spanish professional horse rider and breeder, and a makeup artist and English philologist in the making.

She has been a larp player for many years and is only now starting to move around the international scene.

She is our team’s rookie, having only helped in the organisation of the second Blue Flame run and written a couple of short, weird personal larp projects. But although she is new to organising she knows that she wants to try and make players feel the extraordinary intensely and see the quiet beauty of simple emotions in the ordinary. 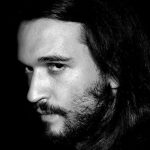 Enrique worked for 15 years in television, is a quite skilled photographer and thinks that role-play games stands for organized religion in his life. He hates deadlines but can pull an all nighter as a pro, if motivated properly.

He has been playing larps since 2000, and working as writer and designer with an informal work group of Canary Island’s larpers. He is interested in the academic and formal studies of larp as an art, education and communication form, and the concept of larptivism as a tool for social change. Now he is part of NotOnlyLARP as a one-man think tank, writer and on-field director, and developing with Esperanza a philosophy/work process about larp designing and running, based on their common backgrounds in TV and Cinema business. 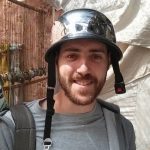 Christian is responsible for the websites.